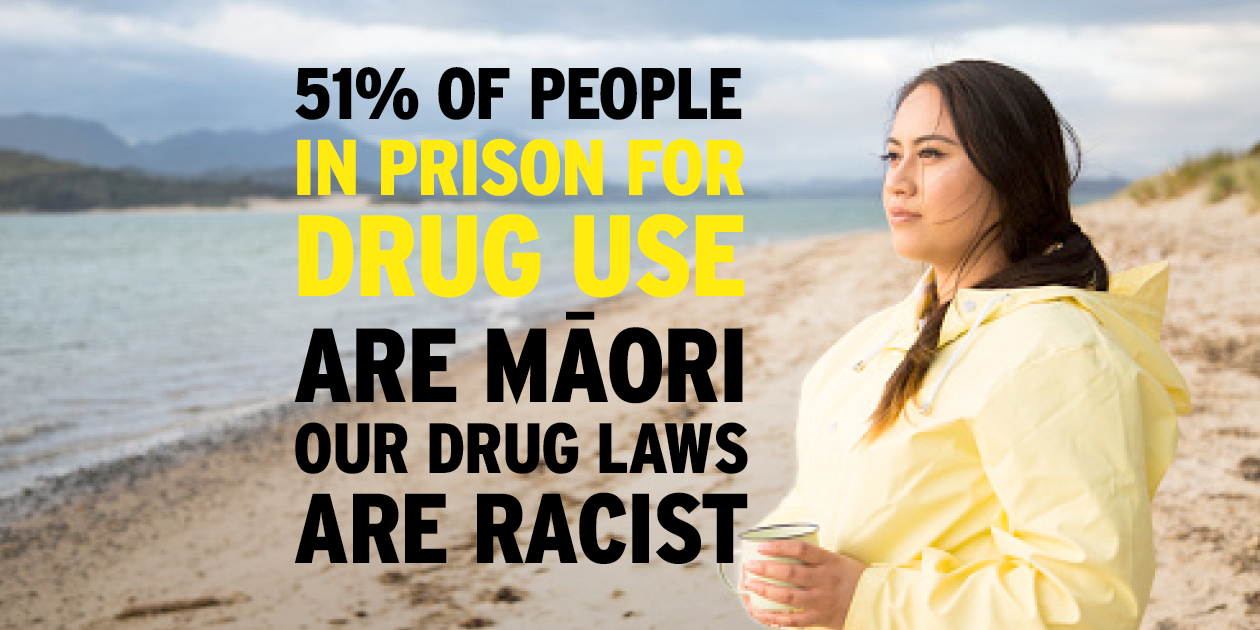 The cannabis referendum is a once in a generation chance

51% of people in prison for drug use are Māori. Our drug laws are racist!

The idea that we should stop taking a punitive approach to drug use is not a new one for Māori.

It's easy to see why. The evidence is clear that the negative consequences of drug use fall heavily and disproportionately on tangata whenua. Most Māori have seen the human cost of our drug law first-hand. It could be an uncle in prison, or a nephew wasting their life away on the couch because their criminal record stops them getting a job. Or it could be a favourite cousin unable to get mental health and addiction support.

Drug law reform is a Māori issue
Statistics can be abstract, but behind each number lies a person and their whānau. When it comes to the effects of our drug law, it's clear that Māori are unfairly carrying the burden. It's a triple whammy, because Māori are more likely to suffer harm from drug use, less likely to be able to access health treatment, and more likely to be convicted than other groups: